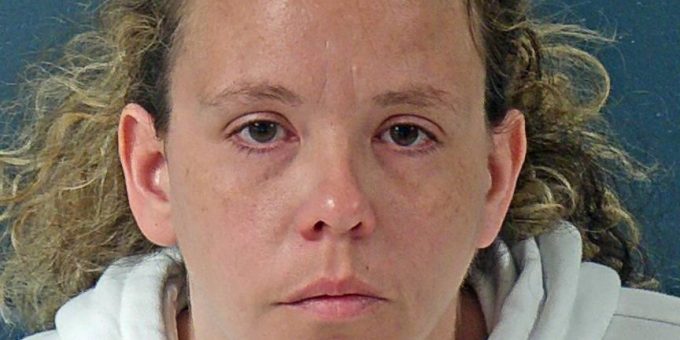 The male driver, Anthony Venegas admitted to speeding. He denied having anything illegal in the vehicle.

The officer told the driver he could smell the odor of marijuana in the vehicle. Venegas then leaned over and handed the officer a burnt marijuana roach.

Both were asked to exit the vehicle. During a pat-down of the passenger 29-year-old Julia Dephue, of Ellettsville, police found a small glass jar containing marijuana, a smoking device containing marijuana wax, and a small container with Xanax and Alprazolam pills all hidden in Dephue’s waistband. She admitted to attempting to hide the items from officers.

Inside the vehicle officers found several marijuana roaches, a plastic container with a rolled marijuana cigarette, and a marijuana vape cartridge.

Police released Venegras since the vehicle belonged to Dephue and no drug items were found on his possession.