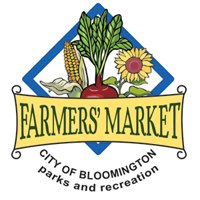 BLOOMINGTON – The Bloomington Community Farmers’ Market will be open Saturday at the Showers Common area from 8 a.m. until 1 p.m.

Melons and watermelons are members of the gourd family. There’s a wealth of melons, some sweet and some not. Here’s a quick glimpse:

They are a Dixieland band performing in and around Bloomington.  They play traditional Dixieland songs from the 1920s up to the present.