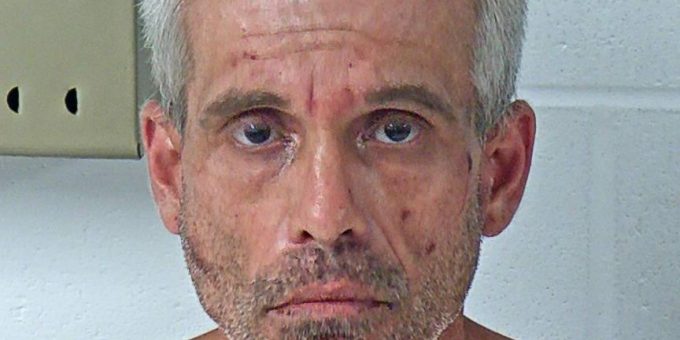 WILLIAMS – A Bedford man was arrested Monday after Lawrence County Sheriff’s Department deputies were called to the 110 block of Ridge Road after a man reported another man had struck him and made threats to kill him.

The caller said he had left the home and was at the post office and would wait for the officers.

When police arrived, they found the male with an injury to his right eye.

The male told police he had witnessed 40-year-old Ronald Patton, in the bathroom of the home with the door partially open doing meth and confronted him about it.

The man advised Patton to stop using the drug while children were in the home.

Patton charged the man and physically assaulted him by punching him in the face.

The man immediately left the residence.

When officers arrived at the residence Patton was found outside. Patton denied punching the man when questioned by the police.

He was arrested on a charge of battery causing bodily injury.