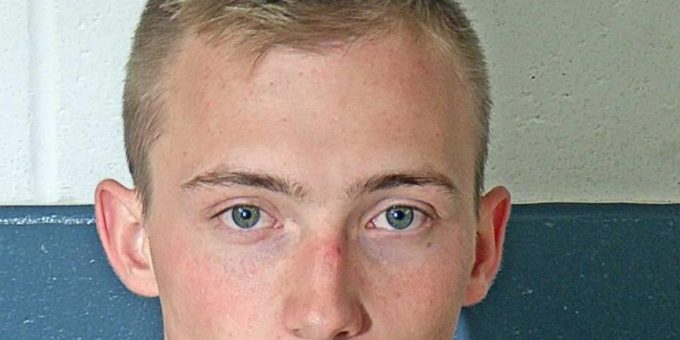 BEDFORD – A Mitchell man was arrested Sunday morning after Bedford Police officers were called to an apartment complex in the 1110 block of M Street after a woman reported her ex-boyfriend was attempting to break into her home.

When police arrived at 6:09 a.m. they found 22-year-old Jayden Kline banging on the woman’s door.

Kline refused to answer police when they asked him what he was doing at the location. Kline pulled items out of his pockets and was told to stop. He then pulled a shot glass from his pocket.

Kline once again refused to stop when officers gave a second command to stop.

Due to Kline not following commands, he was detained for the officers’ safety. He was ordered several times to place his hands behind his back. Kline refused and resisted, resulting in the officers taking him to the ground to place him in handcuffs.

The woman told police Kline showed up at her apartment around 4 a.m. banging and kicking on the door. The woman said she didn’t call the police right away because she was hoping Kline would go away. She then called his parents hoping not to have to involve the police.

The woman said this was an ongoing issue. Kline had been at her home on Saturday and she wanted a no-trespass order filed against him.

Kline was arrested on charges of resisting arrest and public intoxication.

Kline’s vehicle, which was at the scene, was released to a family member.