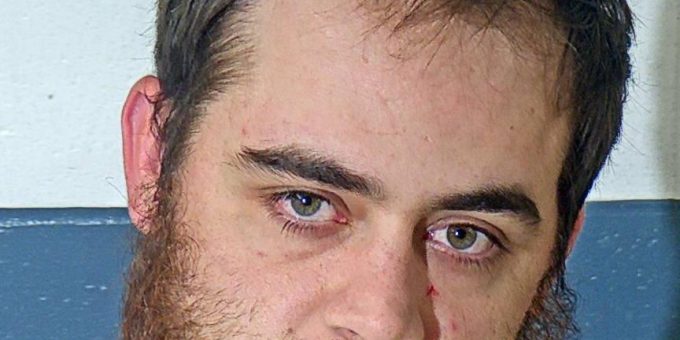 BEDFORD – A Bedford man was arrested early Sunday morning after Lawrence County Sheriff’s Department deputies were called to Speedway after a report of a domestic fight.

When officers arrived they approached a red Jeep that was parked at a fuel pump.

Officers found the vehicle to be unoccupied.

The officers then entered the station and found a female at the counter.

She told the officer the involved male was 26-year-old Eric Robertson and had fled on foot.

The officer alerted other deputies to be on the look out for Robertson.

The woman told officers she had gone to a home in the 11370 block of US 50 West and found Robertson passed out in the driveway. She helped get him into the vehicle to leave to purchase fuel at the Speedway gas station. Once arriving at Speedway an argument ensued. She told police Robertson allegedly began to strangle her. During the altercation, she shoved Robertson and began honking the horn. Once she was free, she ran into the store, and the clerk called 911.

Police noted there were visible red marks on the woman’s neck.

Officers searched the area and were unable to find Robertson. He was located later just before 7:30 a.m. after a woman called saying Robertson was passed out in a bedroom of a home in the 1500 block of First Street. He was arrested without incident on charges of domestic battery and strangulation.