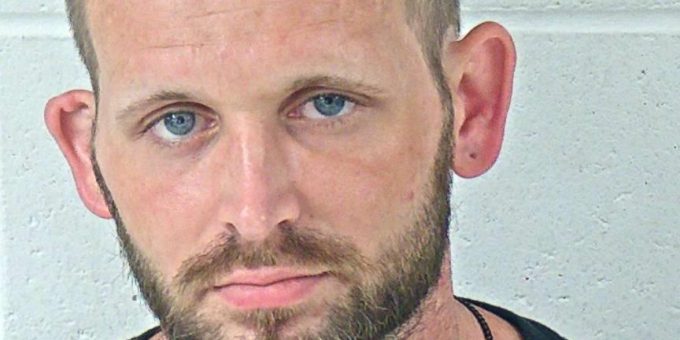 BEDFORD – A Bedford man was arrested on a warrant on a charge of theft Thursday.

According to a probable cause affidavit, on July 10th, Bedford police officers responded at 8:25 p.m. to the 2610 block of 16th Street after an employee reported a theft.

The employee told police this was not the first time Grimes had stolen from Smoker Friendly.

On July 11, the manager from Smoker Friendly contacted police saying Grimes had stolen cigars from the store on two separate occasions.

Grimes was captured on video surveillance stealing the cigars on June 29, and July 4.

Police spoke to Grimes on July 14th and he denied stealing the cigars. He told police he has spent hundreds of dollars in the store and had no need to steal anything. He told police he was just pulling up his pants in the video and placed the cigars back in the humidor.