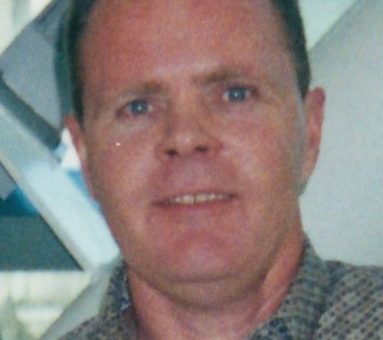 He was born Jan. 28, 1957, in Elwood, to Charles E. and Carol (Case) Shawhan, Sr. Chuck was a graduate of Elwood High School, class of 1975, and attended I.U., Bloomington, for three years. He was retired and had worked in retail and auto sales and as a caseworker at Stonebelt in Bedford and Bloomington. He was a member of the American Legion, Sons of
Legion, and a former Jaycee.

Chuck was preceded in death by his father; and uncle, Jack Case.

Cremation was chosen and there will be no public services.

Memorial contributions may be mailed to the IU School of Medicine, C/O IU Foundation, P.O. Box 6560, Indianapolis, IN 46206-6460, and checks should be made out to Indiana University Foundation: Huntington’s Disease Center of Excellence Fund Account #0380009793..

Chuck’s care has been entrusted to the Ferguson-Lee Chapel of Thorne-George Family Funeral Homes, Bedford.