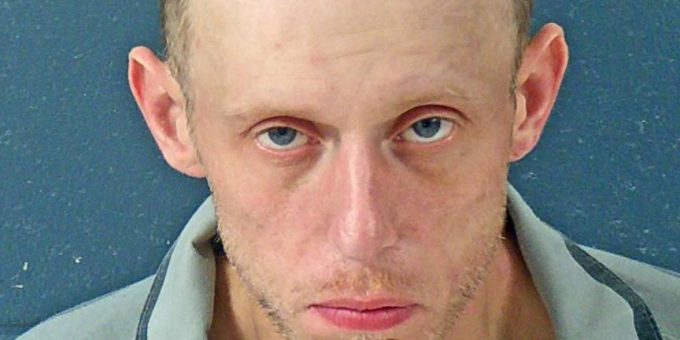 MITCHELL – A Mitchell man was arrested Tuesday after stealing items from Regenerations in Mitchell.

On Tuesday police received a report of a male stealing items from the store and he was caught on video cutting the lock on a trash bin and taking items out of it.

Police stopped Nash at Warren and 6th Street. In his bag police found a syringe and in his waistband found a glass smoking device that both tested positive for meth.

Nash told police the knife they found was what he used to cut off the lock on the trash bin at Regenerations.