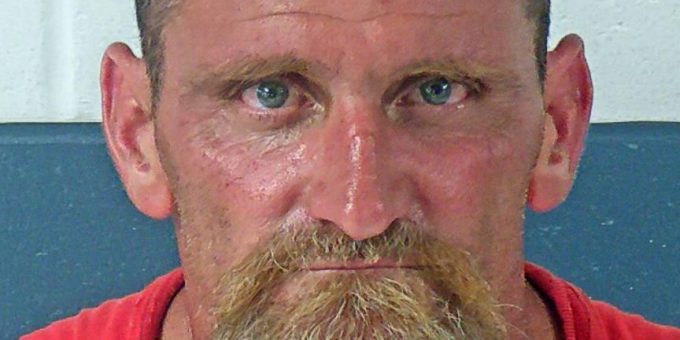 MITCHELL – A Mitchell man was arrested after a warrant was issued for his arrest on charges of theft and criminal trespassing.

According to a probable cause affidavit, on May 6, Lawrence County Sheriff’s Department deputies were called to the 2920 block of Fleenor Road to Orion Hardwoods after a report of a theft.

The president of the company reported a person in a black Ford F-150 had pulled into the lot and taken wood materials from the near the side of the main mill.

The caller had security footage of the theft.

The president did tell police that they commonly give away free firewood, but stated they only did this during normal  business hours from 8 a.m. until 4:30 p.m.

The president stated that the person in the pickup is seen on the security footage entering the property, driving a lap around the building and taking wood from the firewood box and wood materials not given away free of charge by the company.

Officers were able to identify the person as 49-year-old  Anthony Tillette Jr, of Mitchell.

Police attempted to make contact with Tillette multiple times but were unsuccessful.

The information was forwarded to the Lawrence County Prosecutor’s Office and a warrant was issued for Tillette’s arrest.