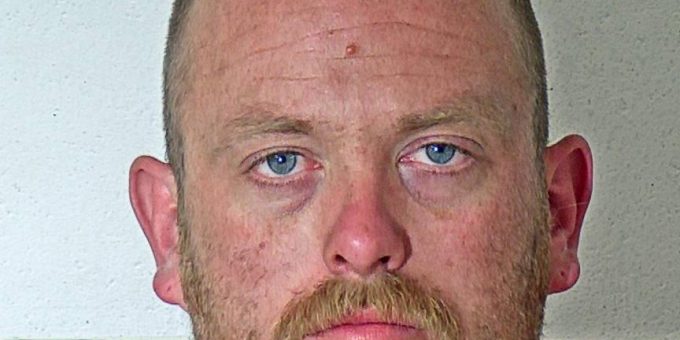 BEDFORD – A Bedford man was arrested after Indiana State Police say he stole a dump trailer on January 15, 2021.

Police arrested 31-year-old Adam Brewer on a charge of felony theft. At the time of his arrest he was also in possession of meth and landed a new charge.

On January 15, Indiana State Police received a call from a utility company saying they had left their ten-foot black 2018 Homesteader  dump trailer in Lawrence County. The trailer was last seen at 7 p.m. on Wednesday, January 14, 2021 when the crew had stopped working.

The supervisor told investigators it would cost around $18,000 to replace the dump trailer.

On Saturday, May 1, 2021, Indiana State Police received information that Brewer had recently sold a trailer matching the description of the stolen trailer to a man in Kermit, West Virginia.

After receiving this information, investigators contacted the West Virginia State Police and asked them to go to the man’s residence.  There troopers found the stolen trailer.

The man told investigators he had purchased the trailer from Brewer on April 16, 2021 through Facebook messenger.

The man was provided a bill of sale by Brewer. The man told investigators that Brewer did not have a title to the trailer. He also provided investigators with screenshots of the conversations between he and Brewer.

The information was forwarded to the Lawrence County Prosecutor’s Officer and a warrant was issued for his arrest.

When Brewer was arrested on Thursday, officers found Brewer in possession of meth.