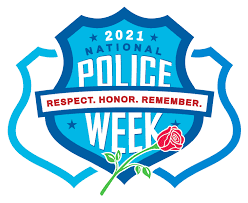 FORT WAYNE – This week, May 9-15, 2021, is recognized as National Police Week. This is a time where we as Americans pay respect and remember in memoriam, the brave men and women of law enforcement that have paid the ultimate sacrifice in the line of duty.

Since the Indiana State Police was founded in 1933, there have been 44 state troopers and three civilian personnel that have died in the line of duty.

During this week in May, please take time to pay respect for the brave men and women in law enforcement that have paid the ultimate sacrifice while in the line of duty, whether in service to citizens of Indiana, or elsewhere across this great nation.  They will never be forgotten by those that serve in their memory!

For more information on all Indiana State Police personnel that have been killed in the line of duty, please visit the ISP website “In Memoriam” page at www.in.gov/isp/2336.htm.  You are also encouraged to visit the Officer Down Memorial Page at www.odmp.org which contains up to date information on all officers killed in the line of duty nationally.