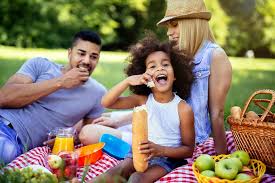 UNDATED – They say the children are our future. They carry our hopes for a better tomorrow.

That’s especially true when it comes to environment.

That is why this week’s focus is on National Environmental Education Week April 19 – April 23.

Throughout the week environmental education is celebrated.

Earth Day, celebrated on April 22, is expected to bring 1 billion people together as they take part in thousands of simultaneous events promoting climate action around the world.

The Egyptians worshipped garlic as a god, and even used it as currency.

Garlic supposedly gave strength to Greek athletes and warriors, warded off the evil eye, and protected maidens from evil nymphs. Not to mention, vampires – Thanks, Dracula.

Upon reaching the Middle East in 3000 B.C., Indian traders introduce garlic to the Assyrian and Babylonian empires.

In 1325 B.C. well-preserved garlic cloves are present in the tomb of King Tutankhamen.

In the 16602s, medical books describe garlic as the best cure for smallpox.

In 1914, garlic is extensively used as a cure for dysentery and as an antiseptic during World War I.

Just think about all the garlicky foods we love.

If you’ve never tried this dessert, today, you have no excuse. It has been dubbed one of the most popular recipes of the 20th century and there are dozens of variations that will fit the needs of any palette.

Hundreds of years ago, people used cast-iron skillets to cook fruit cakes over open flames. Any type of fruit would produce a delicious tasting cake. With the fruit lining the bottom of the skillet and cake batter added over the fruit, the pan would be flipped after cooking, revealing a beautiful showing of caramelized fruit on top.

The earliest cast-iron skillets were called ‘spiders’ because they had legs. The cakes themselves were commonly known at this time as ‘spider cakes.’ Once ovens became a fixture in the homes of Americans, the skillets lost their legs, transitioning to a flat-bottomed pan that would more easily fit into the ovens.

In 1925, the Hawaiian Pineapple Company sponsored a contest to find the best pineapple recipes. With “Good Housekeeping” and “McCall’s” magazines promoting the contest, more than 60,000 submissions were entered. Of those, 2,500 recipes were for pineapple upside-down cake.

About 3.5 million students enroll in kindergarten every year.

Thursday is National Earth Day. For the past 50 years, Earth Day has been celebrated by billions of people around the globe in promoting awareness for the health of our environment.

With serious concerns about our changing environment being studied and addressed today by prominent scientists, politicians, and young climate change activists alike, some people are adapting to more environmentally friendly ways of living — every day, not just on April 22.

Friday is National Picnic Day. It’s time to get outside and enjoy a meal with a loved one.

They’re also fit for any budget. Go extravagant, or stop at simple sandwiches. Sometimes the food’s secondary to your surroundings. Find the perfect combination — and have some fun and enjoy the end of a workweek.

Saturday is National Skipping Day, and its purpose is to raise physical health awareness for children with a day of healthy exercise through skipping.

Some might consider it childish, but skipping is a great way to exercise. It targets almost all the muscles in your body, it burns fat, and it also builds stamina.

It’s difficult to pinpoint the origins of skipping, but it has been traced back as far as seventh century China. Chinese rope makers invented it in celebration of the New Year and called it the Hundred Rope Jumping game, or jumping 100 threads.

In 1600 BC, Ancient Egyptians would use vines to jump rope as part of their conditioning routine. For warriors, it was a proficient training regimen for battles with desirable effects that defined their musculature and increased their stamina. It wasn’t all serious, however, as jump roping was used as a form of play as well. Over time, it evolved into an art form as people began to master it and add tricks to the activity.

Jump rope has been depicted in medieval paintings where children roll hoops and jump rope down cobblestone streets. Dutch colonists brought the two-rope version of rope-skipping from Africa to America and called it doubled dutch. In the 1930s, jump rope and double dutch became popular in Black communities, specifically amongst Black girls. Girls had less of an opportunity to play sports and they became highly skilled at the game and created songs and moves to add to the fun experience.

Today, skipping has risen to even greater heights. There are national championships for jump rope and double dutch that draw in major audiences worldwide, and kids still enjoy them as playground activities. In 2002, National Skipping Day was organized as a way for children of all ages to get some exercise by getting more of them skipping.