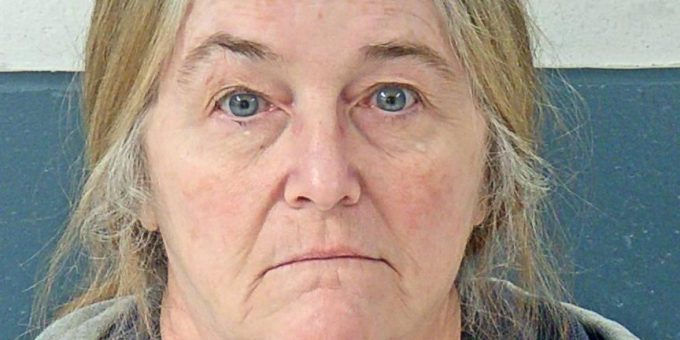 BEDFORD –  A Mitchell woman was arrested on a warrant on a charge of theft Tuesday after Bedford Police officers say she stole items from Walmart.

Police arrested 63-year-old Debbie Marsh on 10 counts of theft. Police say Marsh failed to pay for more than $500 worth of merchandise.

According to a probable cause affidavit, Marsh had not paid for multiple items on ten different visits to the store.

Police say Marsh was captured on video entering the store, shopping, and going to a self-checkout register where she would scan a few items and skip scan others.

On March 3, 2021 detectives spoke to Marsh about the incidents. Marsh told police she was a widow. She receives widow benefits and works a few hours part-time but just didn’t have enough money to pay for what she needed. She told detectives, “why deny it ya know”.

Marsh was issued a no trespass order preventing her from entering Walmart in the future.

The information was forwarded to the Lawrence County Prosecutor’s Office and a warrant was issued for Marsh’s arrest.