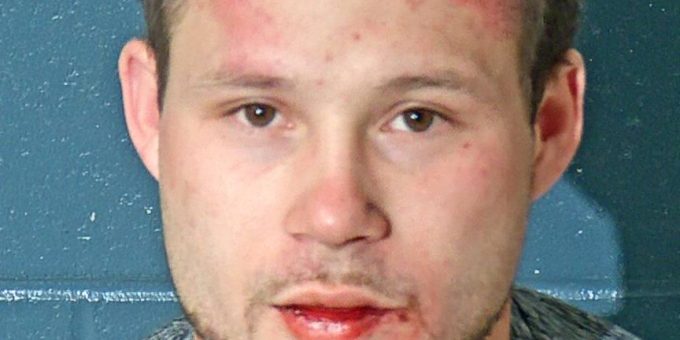 BEDFORD – An Orleans man was arrested Tuesday after a Bedford Police officer stopped his vehicle for a traffic violation at 16th Street and Plaza Drive.

The driver made an abrupt lane change in front of the police officer.

The driver then pulled into a parking lot of a closed business on Dental Drive. As the police vehicle approached, the driver pulled away traveling west on 16th Street.

The driver then pulled into a parking lot of another closed business in the 2920 block of 16th Street and the officer stopped the vehicle.

The driver, 24-year-old Jacob Smitson, of Orleans, told the officer he was going to Taco Bell and pulled into the wrong drive.

The officer asked if Smitson had anything illegal on him and he stated he had a prescription in his pocket and then turned from the officer.

He was arrested and transported to jail. After getting Smitson out of the police car the officers found a crystal substance in the seat that tested positive for meth.

Smitson was arrested on charges of obstruction of justice, resisting arrest by fleeing and force, and possession of meth.