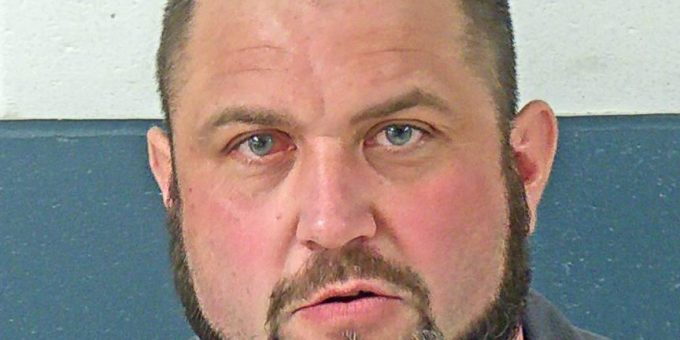 (BEDFORD) – A Tunnelton man was arrested Friday after a Bedford Police officer stopped him for a traffic violation at State Road 37 and Patrick Robbins Way.

According to Chief Terry Moore, because of Leatherman’s suspicious behavior an officer requested permission to search his vehicle. He denied that request.

“After Leatherman denied consent K-9 ZaZu was used for an exterior open air sniff of the vehicle,” said Chief Moore. “After giving a positive alert Leatherman admitted to having something illegal in his pocket. Officers located two used syringes and a black case containing methamphetamine.”