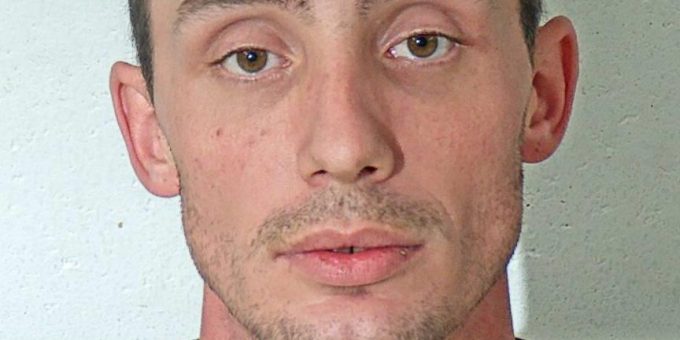 (BEDFORD) – A Bedford man was arrested after police say he stole a FedEx package that didn’t belong to him.

“The victim said she attempted to speak with the individuals about her package and was told they didn’t have it,” said Chief Moore. “The officer working the incident went to the apartment on Ted Jones Drive and spoke with a female and 31-year-old Daniel Simmons about the complaint. Both became verbally abusive with the officer refusing to identify themselves and denied having the package.”

Both continued to yell and curse at investigators and refused to listen to officer.

Simmons was taken arrested and the female was transported to the hospital. Chief Moore says charges are pending against her.

Officers located the missing package inside the apartment and also located marijuana and paraphernalia.