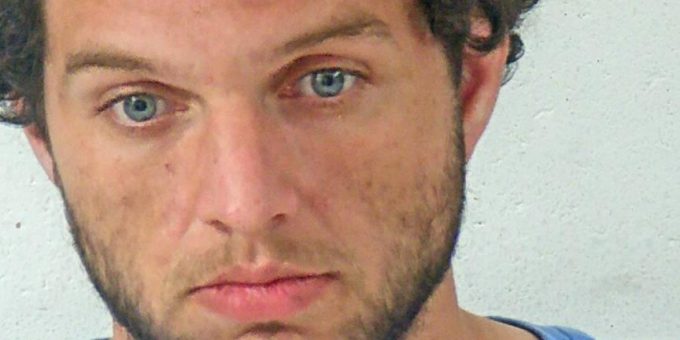 (MITCHELL) – A Paoli man was arrested Wednesday after a Mitchell Police officer stopped his vehicle for speeding.

According to a probable cause affidavit, at 7:33 p.m. a Mitchell Police officer was conducting a stationary speed patrols in the parking lot of Roots RV when he noted a vehicle traveling in the left lane traveling south on State Road 37 at a high-rate of speed.

The officer exited the parking lot and followed the vehicle and watched the driver change lanes merging between two vehicles without signaling. These actions cause one of the vehicles to have to brake suddenly. The driver then made an abrupt turn onto Spice Valley Road.

The officer stopped the driver.

During the traffic stop the officer detected the odor of burnt marijuana coming from the vehicle.

The officer asked for Hobson’s driver’s license and registration. As Hobson retrieved his documents, the officer says Hobson was trembling and would not make eye contact with the officer.

While speaking with Hobson, he told police he works in Indianapolis and was on his way home. Hobson does not live on Spice Valley Road and he told the officer he was attempting to avoid getting stopped.

The officer then learned Hobson has a prior arrest for possession of cocaine.

The officer then asked to search Hobson’s vehicle and he consented.

During a search of the vehicle the officer found an empty pill bottle that had a corner baggie with meth residue in it. The officer also located a metal straw that tested positive for meth residue in the center console and found marijuana.

When asked about the meth and he stated ”it’s just a thing man” as he put his head down.

Hobson was arrested and transported to the Lawrence County Jail.