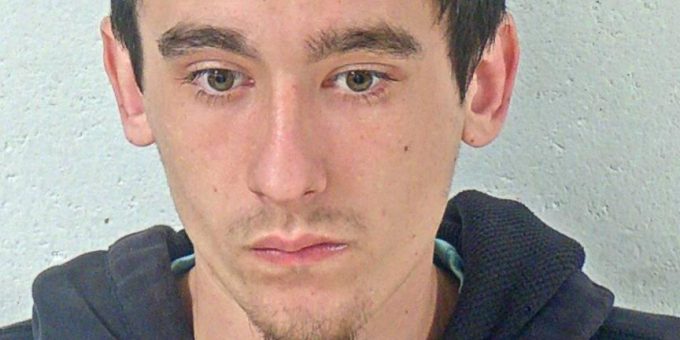 (BEDFORD) – A Bedford teen was arrested on a warrant Friday, after Lawrence County Sheriff’s Department detectives say he stole a dirt bike on October 12th.

Police arrested 18-year-old Austin Sullivan on a warrant charging him with auto theft.

According to a probable cause affidavit, on October 12th, officers were called to a home in the 70 block of Rainmaker Street in Tunnelton on a report that a stolen dirt bike was located near the home. The dirt bike had been reported stolen earlier in the day.

When officers arrived they spoke to the caller and searched an area of Sunset Street and Lowland Drive in an attempt to locate Austin Sullivan.

They found a green 2002 Kawasaki KX250 dirt bike parked next to the roadway. The bike was located in the easement in the 50 block of Sunset Street. A relative of Sullivan lives in that block. The bike was towed from the scene by Weaver’s Towing Service.

The owner of the dirt bike was contacted and he confirmed the bike was his.

Officers then spoke to a witness that confirmed Sullivan was the person who was seen riding the stolen vehicle on October 12th.

Officers completed their investigation and issued their findings to the Lawrence County Prosecutor’s Office and a warrant was issued for Sullivan’s arrest.