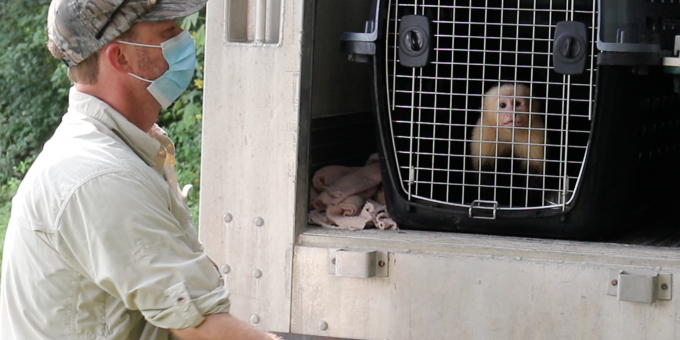 (UNDATED) – Attorney General Curtis Hill said today that a court’s default judgment against Wildlife in Need should demonstrate to all nonprofit organizations that they must use donations for their intended purposes and cannot misrepresent their activities to would-be donors.

This week, a Marion Superior Court judge affirmed that the state’s allegations against Wildlife in Need are correct and ruled that the organization is now officially dissolved.

“We have won our case against Wildlife in Need,” Attorney General Hill said. “From here, we must look to appropriately deal with assets that were held by the organization and tend to other related matters, but we are pleased with the dissolution of the nonprofit corporation and the court’s resolution of the central issues of this case.”

In September, authorities from the Office of the Attorney General oversaw the removal of approximately 161 animals from Wildlife in Need’s Charlestown property. That same month, the organization’s board of directors voted to dissolve it. On Oct. 27, the board filed dissolution documents with the state.

During the removal of animals, authorities discovered that approximately $165,000 worth of previously seen animals were missing from the Wildlife in Need premises. Some of those animals were later found, but others remain missing.

A judge later found Stark in contempt of court for defying a court order that he reveal the location of the missing animals. A warrant for Stark was subsequently issued. Stark was arrested last month in Washington County, New York, which is located more than 800 miles northeast of the Wildlife in Need property. This week, the judge ordered that Stark serve 10 days in jail for his actions in this case.

Stark also faces felony intimidation and misdemeanor battery charges in Clark County. Those charges stem from a March incident involving an Indiana deputy attorney general who was inspecting the Wildlife In Need property.

Attached are several legal documents relevant to this matter, including the Nov. 4 court order.