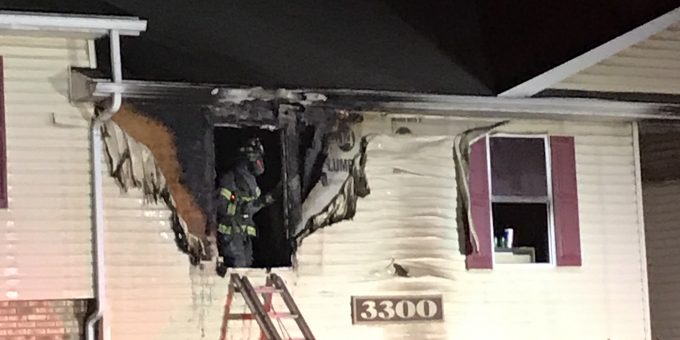 (BLOOMINGTON) – No one was injured in an apartment fire on Bloomington’s southside early Sunday morning.

Firefighters from the Bloomington Fire Department and Monroe Fire Protection District responded to a reported apartment fire at 5:00 a.m. Sunday in the 3300 block of Odell Drive.

Bloomington Police officers arrived to find fire coming out of a second story apartment and quickly went to work making sure everyone got out safely.

A second alarm was sounded for the blaze minutes after the first dispatch to bring additional apparatuses and personnel to battle the early morning blaze.

Bloomington firefighters were quickly able to bring the fire under control despite the windy conditions. The total number of residents displaced by the fire is not known at this time.