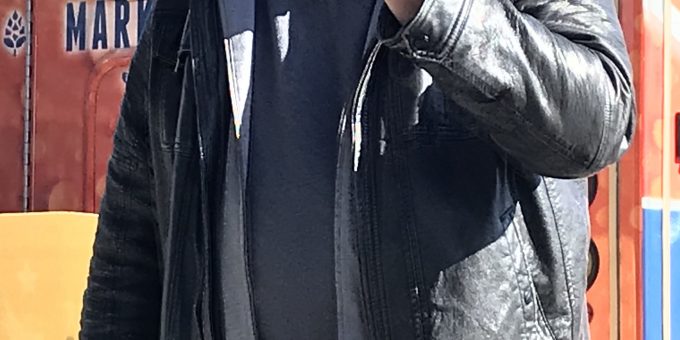 In his whistle stop tour of Indiana he also visited Lafayette, Valparaiso, and Elkhart on Sunday.

Rainwater emphasizes his plans to reduce tax burdens on Hoosiers by eliminating the state individual income tax and personal property tax on their primary residence.

“The individual income tax makes up over 40 percent of the state’s budget. Contrary to what they have been telling people I am not for cutting essential services such as police officers, firefighters, or education,” said Rainwater. “But we can find other ways to replace it with such as a 7 percent sales tax.”

Rainwater believes in a philosophy of less government.

“God gave us free-will, and should we have that right also, without the government telling us what we should and should not do? As long as we are not hurting someone else they need to stay out of our lives,” said Rainwater.

In addition Rainwater also believes that Indiana built its economy on farming and small business. He says Indiana has become more dependent on corporate business instead of small business owners.

“I have worked for both, but as soon as tax abatements run out, so does that corporate business and the jobs that go along with it,” said Rainwater. “We need to support the small business owners or we will not have an economy.”

“This is both unacceptable and inexcusable. I would propose that the Indiana General Assembly pass legislation that a governor never has the unilateral power to shut our economy down again,” said Rainwater.

Rainwater has criticized Governor Eric Holcomb’s gas tax of an additional ten cents on Hoosiers that passed in the Indiana legislature recently. To this an inflation clause was placed on that legislation; gas tax increases now no longer have to be approved by state legislators. Adding that with the inflation clause generates over $1 billion.

“It was supposed to go to roads; however, many of you know it also helps fund the Department of Children Services in Indiana,” Rainwater added. “We must have legislators change that law.”

Rainwater wants to find ways to make the 52 departments of state government more efficient and cost-effective.

“Mitch Daniels was able to get the BMV a little more efficient. We need to do the same with the other 50 plus departments of the state the same,” said Rainwater.

Lt. Governor candidate William Henry spoke to the supporters and people interested in the Rainwater campaign. He told those in attendance that it is now time to legalize cannabis.

“Cannabis does not kill as prescription drugs, alcohol, or opioids does,” said Henry. “Veterans want the ability to use cannabis,” added Henry. Henry also touted his past experience of working with the state legislature on veterans issues and also being a veteran.

Following the speech Rainwater held a quick question and answer session and an opportunity for photos before heading to Terre Haute.

Donald Rainwater is a lifelong resident of Indiana, and a 1981 graduate of Warren Central High School in Indianapolis. Rainwater is a eight year veteran of the United States Navy.

After his military service Donald spent several years teaching computer courses and working as a manager of several small businesses.

He spent the last twenty years in software engineering of which the last seven have been in information technology management.

Donald and his wife have a blended family that includes six children and three grandchildren.