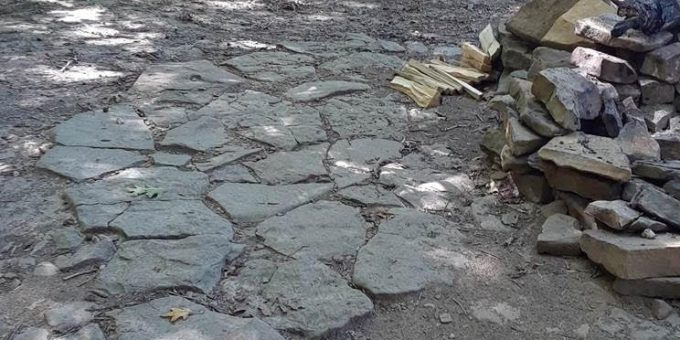 (BEDFORD) – If you’re a Hoosier, you know how special Indiana is.  In south central Indiana there are nearly 13,000 acres of land that are among the most special in the state – the Charles C. Deam Wilderness.  The Deam was designated as wilderness by Congress in 1982. It is the only wilderness in the Hoosier National Forest, the state of Indiana, and it is part of the mere 4% of public land in the state. As one of the few remaining wild places in the state, it attracts thousands of visitors each year.  Unfortunately, heavy and inappropriate use is taking a toll on its natural and cultural resources, thus diminishing the experience it was created to provide.

To fully understand the issues at hand, one must understand what congressionally designated wilderness is.  On September 3, 1964, President Johnson signed the Wilderness Act. This landmark conservation achievement established the National Wilderness Preservation System, with sweeping bipartisan support, and provides the highest level of public lands protection in America.

Wilderness is not easy to define.  The Wilderness Act describes it as, “A wilderness, in contrast with those areas where man and his works dominate the landscape, is … an area where the earth and its community of life are untrammeled by man, where man himself is a visitor who does not remain” and as, “an area of undeveloped Federal land retaining its primeval character and influence, without permanent improvements or human habitation, which is protected and managed so as to preserve its natural conditions… has outstanding opportunities for solitude or a primitive and unconfined type of recreation….”.

The history of human influence on the area now known as the Deam Wilderness began over 12,000 years ago by Native Americans who traveled as bands of hunter/gatherers, eventually establishing seasonal, then permanent camps and villages. Before European settlement, native hardwoods covered 85% of the state.  Following Euro-American settlement, land in what is now the Deam Wilderness was cleared, over-utilized, and then abandoned by the 1930’s, as it did not make good farmland. Nearly a century ago, 57 miles of roads and 81 homes dotted the land. Almost every part of this wilderness was inhabited, and archaeological sites are an integral part of this wilderness. Chimneys, crumbling stone or brick walls, fences, cellar holes, old roads, manmade wildlife openings and ponds, foundations, orchard trees, and non-native bulb vegetation like yucca and daffodil mark locations of farms, homesteads, and pastures. Once these degraded lands were purchased, the USDA Forest Service’s immediate goal was to rehabilitate the damaged land to reduce soil erosion and improve water quality.  Readily available pine seedlings were planted in soil that was once too eroded and nutrient-poor to grow farmers’ crops.  Nature is still reclaiming the areas that had suffered the heaviest of use.

Today, the Deam Wilderness is an extremely popular area for recreation located near the major cities of Bloomington, Cincinnati, Evansville, Indianapolis, and Louisville.  In addition, it borders Indiana’s largest and most popular lake, Monroe Lake.  Its easy access attracts many visitors with a lack of knowledge of wilderness values and regulations.  Easily accessible by boat, campsites along the shore of Monroe Lake are the most coveted of all spots in the wilderness.  As word spreads, visitation continues to increase. These factors contribute to the increase in damage to natural and cultural resources, and erosion that Forest Service staff are witnessing.  As a result, it has become increasingly difficult to maintain wilderness “character”, the untrammeled space for solitude.

Of primary concern is the artifact looting and site destruction of many of the cultural heritage areas.  These areas are protected by law under the National Historic Preservation Act.  The movement, removal or alteration of artifacts without a permit from public land is prohibited under the Archaeological Resources Protection Act and other laws.  When artifacts are collected by nonprofessional collectors, archaeological sites are irreparably damaged due to the lack of detailed location information, which leads to a loss of research potential and a loss of information about past human activity.  Collection of artifacts on public land is punishable by fines and even imprisonment. Visitors are reminded to practice the Leave No Trace principle of “Leave it as you find it” if they encounter a cultural resource on public land.   If you find an artifact on public land, leave it in place, take a photo and report its location to the landowner.  If found on the Hoosier National Forest, contact us at 812-275-5987.

“Myaamiaki, Miami people, have called the land now known as Indiana our home since time immemorial. Our ancestors lived, died and were buried here.  We value all that our ancestors have passed on to us and we’re committed to protecting and revitalizing everything we’ve been given. The Miami Tribe of Oklahoma and other federally recognized tribes are sovereign nations with legal rights within our homelands and are people who believe in the ethical treatment of other humans from all times and ask that others also behave ethically. The theft of items left behind by our ancestors is not only illegal but unethical and is a theft from living people.  We are living people with a long past – since time immemorial,” said Diane Hunter, tribal historic preservation officer for the Miami Tribe of Oklahoma.

Inappropriate recreational use is impacting the natural resources of the Deam Wilderness, particularly in the peninsula area.  In an effort to reduce impacts such as erosion, designated campsites along the shoreline of the peninsula area were established in the 1990’s.  All other campsites are to be at least 100 feet from water.  Although there is ample space to accommodate many campsites throughout the wilderness, the desire to camp on the shoreline repeatedly leads visitors to establish sites illegally within the 100-foot buffer zone.  Repeated heavy use has led to the loss of vegetation, soil compaction, soil erosion and even the erosion of cultural artifacts.  Too many visitors either ignore, or are ignorant of, the tenants of wilderness character which has led the peninsula area to lose significant resemblance to a natural, undeveloped area for solitude.  Additional examples include large stone firepits, stone furniture, picnic tables brought in by boat, use of historic site materials, the cutting of branches and entire live trees for campfire use, trash and belongings left behind, and inappropriate disposal of human waste.  It has become evident that current use of the peninsula area of the Deam Wilderness is unsustainable.

The USDA Forest Service is mandated to comply with the Wilderness Act of 1964 and the National Historic Preservation Act, among others. To preserve wilderness character, the goal is to encourage personal responsibility for this area in every user.  Through increased education efforts, it is hoped that the Wilderness will see a reduction in the movement and removal of artifacts, and reduced impacts from recreational users.

Hoosier National Forest staff have implemented many actions including signage at entrance points and local boat ramps on wilderness ethics, regulations and Leave No Trace;  an enhanced webpage including best practices for wilderness recreation; seasonal staffing of the Wilderness Welcome Center;  social media campaigns such as #WildernessWednesday and #CleantheDeam to help spread best practices information;  increased outreach, and increased law enforcement patrols, with fines imposed on those who damage our shared natural and cultural resources.

“The Charles C. Deam Wilderness is public land and exists to provide opportunities for solitude in a natural setting, as mandated by the Wilderness Act of 1964.  If we are to have Indiana’s only wilderness as a valuable resource for the American people and future generations, the Forest Service will need the assistance of interested organizations, groups and all users.  Visitors are encouraged to review the Deam Wilderness webpages for more information at https://go.usa.gov/xfTSP, follow the Forest’s Facebook page @HoosierNF, and learn more about Leave No Trace principles at www.lnt.org,” said Mike Chaveas, forest supervisor.  “This is a call to action for those interested in maintaining Indiana’s only designated wilderness to become aware of the unique management needs of this area, to take personal responsibility for following regulations and use best practices when visiting, and to help spread the word.  Those interested in collaborating with Hoosier National Forest staff may contact us at SM.FS.R9HOFwebsite@usda.gov.”