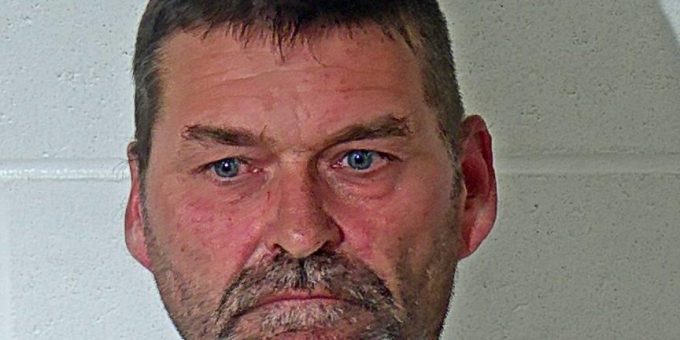 (BEDFORD) – A Bedford man was arrested Saturday on warrant on a charge of domestic battery after an incident on October 3rd.

According to a probable cause affidavit, on Saturday, Oct. 3rd at 11:30 a.m. Lawrence County Sheriff’s Department officers were called to a home in the 1550 block of Palestine Road on a report of a domestic battery.

When police arrived they found a woman standing in the driveway of a neighbor’s home. The woman had redness and swelling to her left eye.

The woman told police she and her boyfriend Todd Branaman lived together and the two had left in her vehicle to get food and Branaman “nodded off” prior to reaching the end of the driveway. She told police Branaman then woke up and put the car in reverse and pulled back into the garage. She then asked why they were not leaving and he struck her in the face with an open hand while she was sitting in the passenger seat.

Officers then attempted to speak to Branaman who was inside the home but he refused to answer the door.

The woman then signed a domestic battery complaint and her mother picked her up from the scene.

The information was forwarded to the Lawrence County Prosecutor’s Office and a warrant was issued for Branaman’s arrest.