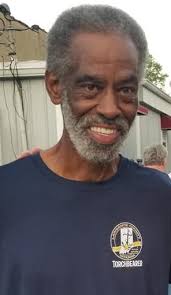 (BEDFORD) – Bedford Revitalization Inc. is working to host Bedford’s Christmas Around the Square, traditionally held on the first Saturday in December.

At this time, Bedford’s Christmas Around the Square is planned to take place on Saturday, December 5, 2020.

The Grand Marshal for the 2020 Bedford Christmas Parade is Clarence Brown.

Brown is a life-long resident of Lawrence County and graduated from Bedford High School.

The BRI Parade Committee voted on potential candidates at the end of 2019, to serve as Grand Marshals for the 2020 Parades. Unfortunately, due to COVID-19 the Limestone Heritage Festival & Parade was canceled. The BRI Parade Committee is looking forward to hosting the upcoming Christmas Parade, which wraps up the festivities taking place downtown as part of Bedford’s Christmas Around the Square.

The deadline to enter the Christmas parade is Monday, November 23rd.

To enter the parade click here. You must hit SUBMIT at the end of the application and an email with a recap of your responses will be sent to the email address provided on the form. Your assigned parade entry number will be posted here by Wednesday, December 2nd.

You can email parades@downtownbedford.org with any questions.