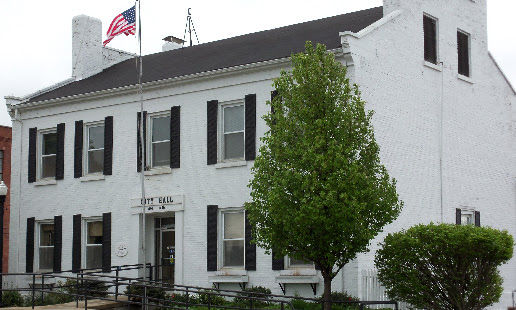 (BEDFORD) – The Bedford Plan Commission denied the request of Paul F. Miller and Steve Miller to change the zoning at 905 O Street and 1508 O Street which is presently zoned R-4 high density residential district, to be changed to B-2 central business district.

In denying the request the commission noted the property was recently sold to Brad Hawkins and the transaction took place over a week ago.

Plan Commission Member Bryon Buker felt it was not right to move on with the approval process because Steve Miller is no longer the legal owner of the property.

The commission unanimously agreed to deny the request.

Kyla stated during the meeting she operated the daycare for a period of two years and was advised she did not have to do anything permit-wise to start the business. According to Terrell she did know she was in violation until she was contacted by Planning Director Brandon Woodward.

Woodward stated he received a complaint that the daycare was being operated illegally in a residential neighborhood that was not zoned for commercial use. Woodward explained the process to her and that she would need request a special exception to run the daycare.

Woodward asked the Plan Commission to move the request to the Board of Zoning. The commission agreed to do that.

A preliminary hearing was held on General Hotels Corporation of Marion County, Hampton Inn’s request for a minor – subdivision of their existing lot on Becky Skillman Way. They requested to subdivided the lot

Robert Armstrong, Director of Construction for General Hotels Corporation in Indianapolis, and surveyor Travis Norman said the lot being subdivided is east of Rural King and north and to the northwest of the hotel.

Plan commission members voted to move the request on to a public meeting.

Gary Sanders requested a minor subdivision of lot 2 in Block D of Ray Woods Out Lots. The subdivision is to be named 25th Street Minor-Subdivision. This lot is in the northern section and will be subdivided into two lots for future homes. The commission voted to move Sanders’ request on to a public hearing.

Corey Allen was present to represent Sanders who stated the lots were divided uneven and doing the minor-subdivision of the lots would clean them up and make them more even for future homes.

The request was moved on to a public hearing.