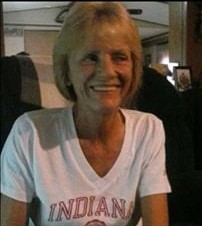 The caller said that the other involved vehicle, a silver Ford Focus, had left the scene and the driver told him that he was taking a woman to the hospital for a gunshot wound.

It was soon confirmed that there was a female patient in the emergency room at IU Health Bedford Hospital being treated for a gunshot wound to the stomach and that she was being transported to Methodist Hospital.

A deputy from the Lawrence County Sheriff’s Office was able to get to the hospital and briefly speak to the victim, 57-year-old Charlene Silvers, before she was placed into the helicopter for transport.

Silvers told police she was shot by her boyfriend Phillip “Butch” Deckard.

The victim told investigators that she was shot by Deckard during an argument and that it was not an accident.

Deputies from the Lawrence County Sheriff’s Office responded to 2738 Maul Ridge Road, where the incident occurred, to determine if there were other victims and to secure the scene.

A search warrant was obtained for 2738 Maul Ridge Road and crime scene technicians from the Indiana State Police responded to assist investigators.

At 7:43 p.m. Central Dispatch received a call from Methodist Hospital advising that Silvers had died from her injuries.

The investigative report and affidavit for probable cause will be sent to the Lawrence County Prosecutor’s Office for review and for potential additional charges.