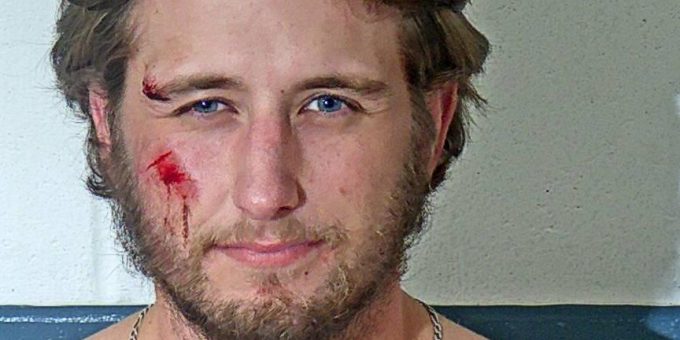 (BEDFORD) – A Bedford man was arrested after Bedford Police officers were called to the 1700 block of L Street after a report of a male slumped over the steering wheel of his vehicle Thursday morning.

Officers said Perry was sweating profusely and had slurred speech.

Officers noticed when Perry stepped out of the vehicle, he had several knives on his waistband.  For safety reasons, the officers tried to place handcuffs on Perry and safely remove the knives, but Perry tensed up and refused to give officers his hands.

The owner of the parking lot requested the vehicle to be removed from their lot.  During an inventory of the vehicle, officers found meth and a syringe.