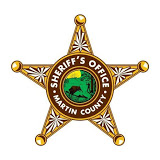 (SHOALS) – On Wednesday, Martin County Sheriff’s Department deputies were called to the residence at 14623 State Road 450, in Shoals, in reference to a shooting that had occurred.

After arriving at the residence, officers discovered a male juvenile was deceased inside the home.

Detectives with the Indiana State Police and Deputies with the Martin County Sheriff’s Office began an investigation into the events that occurred.

During the course of the investigation, detectives learned that another juvenile male, who had been at the residence, had shot the deceased juvenile male.

The juvenile was taken into custody on a preliminarily charged of reckless homicide.

Police have not released the names of the juveniles.

The investigation is currently ongoing.