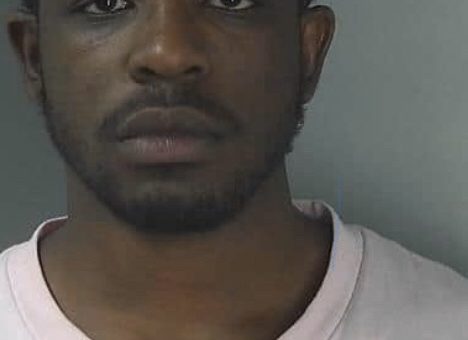 (BLOOMINGTON) – On June 7th, at approximately 2:11 a.m., Bloomington Police officers responded to the Circle S gas station at 2110 North Walnut Street after a report of a person being shot.

Upon arrival, officers located a 39-year-old man in the passenger seat of a vehicle with a gunshot wound to the neck. Officers immediately initiated life-saving efforts and the man was transported to the hospital via ambulance.

However, once at the hospital, it was determined that the man had died. The man was identified by the Monroe County Coroner as 39-year-old Michael T. Parker, of Bloomington.

On June 8th, an arrest warrant was issued for the suspect identified by witnesses as De Juan Lamar Kelley.

BPD received an anonymous tip on July 28th that Kelley was residing in Kansas City, Missouri. Investigators were able to provide members of the Kansas City Police Department Fugitive Task Force with an address where Kelley was believed to be living.

Kelley attempted to flee from the officers on foot but was eventually apprehended and transported to the Jackson County Detention Center in Kansas City where he is being held pending his extrication to Bloomington.