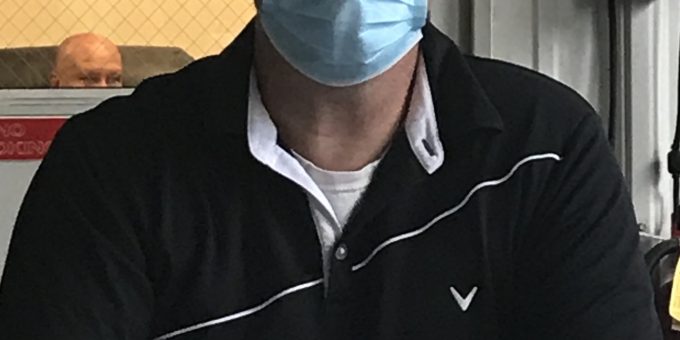 (OOLITIC) – The Oolitic Town Council meeting Monday night was held at the Oolitic Fire Station to respect social distancing and to give an opportunity for more residents to attend the meeting in person.

During the meeting, Dirk Sears was appointed Oolitic Town Council president. The town council did not appoint a vice-president at this time in order to give time for a new council member to be appointed and weigh in on the decision.

Condemnation Officer Johnny Dillion reported that the property owner on East Oolitic Road has been given enough time to take care of issues town officials wanted to be addressed at their property.

After looking over the property with Councilmember Dirk Sears and Deputy Town Marshal Ted Maze, Dillion will be requesting that Oolitic Town Attorney Greg Pittman start the process for condemnation. Pittman was not at the meeting Monday evening.

The street department is dealing with a lot of water line breaks in the area of Milwaukee Avenue. Town Councilmember Johnny Dillion noted the town did not have a water or sewer increase for 12 years. Because of the lack of revenue coming in, repairs to the aging infrastructure were not performed.

“I do not want to pass down rate hikes on myself, but after twelve years of no water and sewer improvements you can see in these pictures (shown during the meeting) some of the water lines and the patching that has been done over the years,” said Dillion.

The town of Oolitic has raised its rates 42 percent over the last two years, and an additional rate increase is expected in the near future to help with a future project in the town.