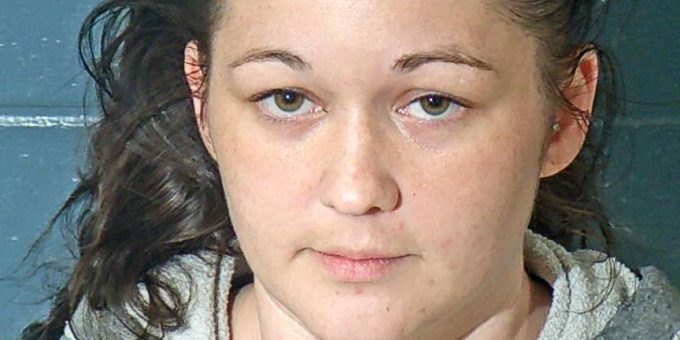 (BEDFORD) – A Bedford woman was arrested Saturday night after a Bedford Police officer found her vehicle parked the wrong way on the roundabout at Lincoln Avenue and John Williams Boulevard.

The female driver, 30-year-old Sarah Harris, told officers she noticed a man on a bicycle and thought it was strange.

“During the conversation the odor of burnt marijuana was detected by the officer,” said Chief Terry Moore. “Harris admitted to smoking marijuana and having a few alcoholic beverages earlier. While exiting the vehicle Harris handed the officer a bag of marijuana.”

“Officers located drug paraphernalia, methamphetamine, and two needles on her or in her personal belongings,” Chief Moore added.