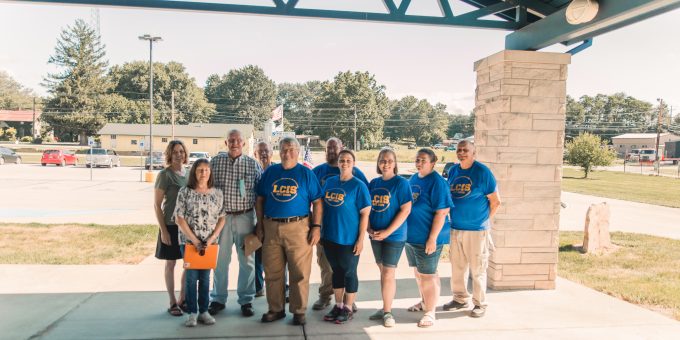 Perry Township officials did not take the decision lightly, and wanted to ensure the taxpayers of Perry Township would benefit as a whole in trying to acquire the Springville Elementary facility.

Provisions of Indiana Code 20-3-6-9 say after a school corporation no longer needs a school for educational purposes the school corporation shall offer it to the township as a gift. The North Lawrence Community School Corporation has yet to make an offer to Perry Township.

“The school corporation has failed and refused to offer the property back to Perry Township,” said Bob Phillips.

Therefore, the Board of Directors of Lawrence County Independent Schools and the Perry Township Trustee decided to combine their energies and talents in order to establish a charter school at the site of the former Springville Elementary School.

Short of litigation, the Perry Township advisory board shall make a good faith effort to obtain the right, title and ownership of the Springville Elementary School facility.

“We did not do this behind the scenes and want to be transparent to the taxpayers of Perry Township,” said Phillips.

According to North Lawrence Community Schools, the decision to close the school was due to low enrollment numbers, operating costs, and deficit spending by the school corporation.

Officials say the savings from the consolidation will be transferred into other programs, services, wages, and current facilities owned by the school corporation.

After the consolidation vote, no schools remained within the western portion of Lawrence County.

Back in the 1960’s, Perry Township Trustee Roy Thompson worked to make sure that a school existed within Perry Township. The school was constructed back in 1963, with the first classes being held in 1964.

Roy Thompson believed in education and was one of the original members of a consolidation group back in the late 1950s. Roy voted against the consolidation back then and believed at the time there was a need for three high schools.

Lawrence County high schools eventually consolidated into one high school, and NLCS is now in a place where they are closing elementary and middle schools for consolidation purposes.

Roy’s son, Kenny Thompson, is thrilled to see the community is united in acquiring the Springville School and keeping a school facility within Perry Township.

“We are going to find out that competition is good for education,” Kenny concluded.

Indian Creek Township officials are not in as big of a hurry to obtain Fayetteville School, which they are able to acquire utilizing the same Indiana code.

Indian Creek held a public meeting last month to gauge public opinion and communicate their standing on the matter.

Indian Creek will hold a public meeting and vote when they decide to make the determination of whether they want to pursue the same course of action or allow North Lawrence Community Schools to sell the Fayetteville School to another party.