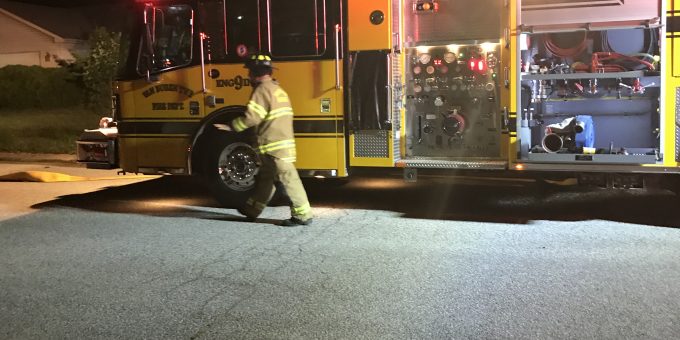 (BLOOMINGTON ) – A Bloomington man was rescued from a house fire Friday night. The call came in at 11:03 p.m. reporting a fire at 471 South Woodfield Lane. A man told dispatchers he was not able to get out of the home.

Firefighters from Van Buren Township arrived to find heavy fire in the back of the home. Firefighters were able to get the fire extinguished quickly.

During the primary search of the home, the man was found between the kitchen and the main entrance of the home.

“The male was taken by ambulance to hospital by IU Health Ambulance, and the fire remains under investigation,” said Tim Deckard, Fire Chief of the Van Buren Fire Department.

The condition of the male is not known at this time.