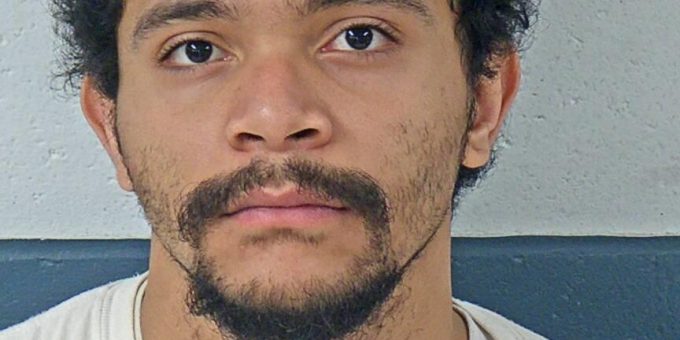 (BEDFORD) – A Bedford man was arrested after Bedford Police Officers were requested to an apartment after a male resident caught someone in his truck on Friday afternoon.

“Officers arrived and spoke with the victim who gave a description of the male and the direction he last saw him running,” says Chief Terry Moore.

Officers found 23-year-old Adrian Martin standing near the front door of the establishment.

“Officers found items missing from the truck near where Martin was standing,” says Chief Moore. “While speaking with Martin he became abusive towards officers and would not stop screaming after being told to stop and he denied taking the items.”

Martin, of 1603 11th St., was arrested on charges of unlawful entry of a vehicle, disorderly conduct, and theft.