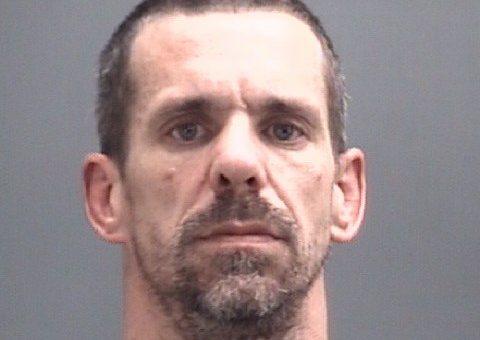 (VANDERBURGH CO.) – Thursday night, at approximately 10 p.m., Trooper Tyler Widner was patrolling US 41 south of I-64 when he stopped the driver of a 2005 Mercury for failing to signal properly at US 41 and Rusher Creek Road.

Due to suspicious activity, Trooper Widner requested a K-9 unit from the Vanderburgh County Sheriff’s Office. The K-9 arrived and alerted to the presence of narcotics inside the vehicle.

Officers searched the vehicle and located a black box containing methamphetamine, synthetic marijuana, psychedelic mushrooms and several Schedule II and III drugs. Officers also found a digital scale on the floor board that was covered with white powder.

Further investigation revealed the narcotics belonged to the passenger, 42-year-old Philip Campbell, of Princeton. He was also in possession of over $1,000 in cash. Campbell was arrested for dealing meth, and Schedule I, II, III, possession of meth and possession of marijuana and taken to the Vanderburgh County Jail where he is currently being held on bond.

The driver was released.

Assisting with the arrest was the Vanderburgh County Sheriff’s Office.