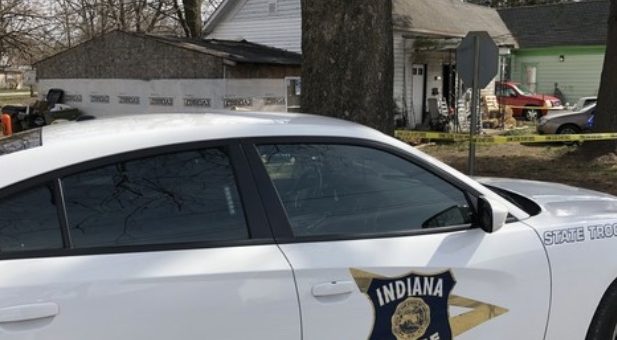 The investigation began shortly after midnight when a 40-year-old Brownstown man and his 5-year-old son showed up at Schneck Medical Center in Seymour. Both the man and the boy were suffering from gunshot wounds to their legs. The man was treated and released at Schneck Medical Center. The boy was transferred to Riley Hospital in Indianapolis for further treatment. The boy was also expected to be treated and released.

The initial investigation led Brownstown officers to 1027 West Oak Street in Brownstown where the shooting allegedly occurred. Indiana State Police Detectives and Crime Scene Technicians were then requested to lead the investigation.

The investigation by Det. Nate Adams, Indiana State Police – Versailles, has determined that the man was handling a handgun in the living room of the home when the handgun discharged.  A bullet from the gun went through the man’s leg and then entered the leg of the boy who was also in the room.

At the conclusion of the investigation, the case will be turned over to the Jackson County Prosecutor’s Office for review.