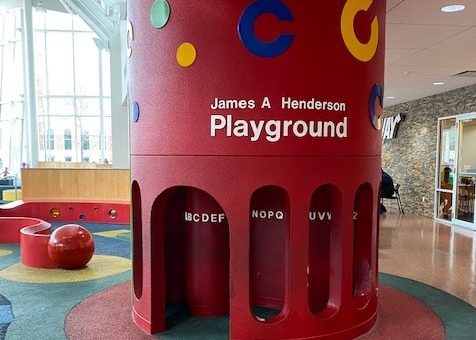 (COLUMBUS) – Local families could soon have a renovated indoor playground to enjoy if a recently launched crowdfunding campaign reaches its goal to raise $50,000 by April 25th. The campaign, led by Columbus Parks and Recreation, is using the CreatINg Places program sponsored by the Indiana Housing and Community Development Authority (IHCDA).

If the campaign reaches its goal, the ‘James A. Henderson Playground’ project will receive a matching grant of $50,000 from IHCDA.

“The James A. Henderson Playground encourages imagination and exploration in every child who visits,” said Lt. Governor Suzanne Crouch who serves as board chair for IHCDA. “We are pleased to support Columbus Parks and Recreation in their crowdfunding efforts aimed to increase safety and expand inclusive play for many years to come.”

Since opening in 2011, the James A. Henderson Playground has had unprecedented popularity. Annually, they welcome over 100,000 visitors. As a result of the high traffic, the equipment has been worn down and is now in need of repair.

“The James A. Henderson Playground is a highly used, free public asset that provides a safe environment where kids can be active rain or shine,” said Mark Jones, Director of Parks and Recreation. “Parents, grandparents, caregivers, youth-based organizations and schools appreciate the important role this playground plays in the unique quality of life we enjoy in Columbus. The location and visual prominence of the playground speaks to the value the community places on our youth as the cornerstone of our future.”