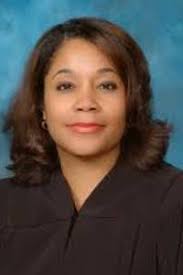 As an incentive to challenge potentially unconstitutional statues, federal law allows judges to require the government to pay a plaintiff’s legal fees.

U.S. District Court Judge Tanya Walton Pratt ordered a payment total of $182,499 to the ACLU of Indiana for its legal work on behalf of Planned Parenthood of Indiana and Kentucky.

The law would have banned abortions sought because of a fetus’ genetic abnormalities, genetic diseases or physical deformities.

The federal trial court in Indianapolis, federal appeals court in Chicago, and the U.S. Supreme Court all refused to allow a key provision of the law to take effect, The Northwest Times reported.

The nation’s high court, however, did permit a separate provision of the law requiring abortion providers to pay to bury or cremate any embryonic or fetal remains in their possession.

“In light of the fetal remains discovered in Illinois, we are especially grateful that the Supreme Court reversed the district court’s earlier decision that purported to invalidate Indiana’s fetal-remains law,” said Hannah Brass Greer, Planned Parenthood of Indiana and Kentucky’s chief legal counsel.

According to an analysis of state spending records by The Times, Indiana paid more than $3 million to the ACLU between 2011 and 2020 following the group’s successful challenges to unconstitutional state laws.PAID FOR BY DISCOVER