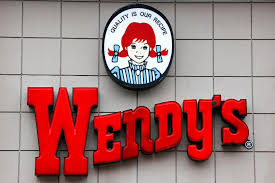 (UNDATED) – Wendy’s announces it will be serving breakfast nationwide beginning on March 2.

Wendy’s is serving a mix of new items and twists on its customer favorites, including the Breakfast Baconater and a Frosty-ccino.

The full menu consists of nine sandwiches. Three are on croissants, including two options with eggs (sausage, egg and Swiss cheese or a bacon, egg, and Swiss cheese) and a maple bacon chicken croissant. Similar egg sandwiches will also be sold on biscuits and classic buns. It’s also selling new side dishes, like potato wedges and replacing its coffee blend.

Wendy’s currently offers some of its breakfast items at about 300 locations. The nationwide launch “provides incredible growth opportunities,” said Todd Penegor, the company’s president and CEO, in a previously released statement. Wendy’s has some 6,000 locations nationwide.

If all goes well, Wendy’s predicts breakfast sales will encompass 10% of its daily sales. But it doesn’t expect breakfast to be profitable until sometime next year.

There are uncertainties about this endeavor. Wendy’s previous attempt to sell breakfast flopped in 2012. And breakfast is costly. The chain expects to spend about $20 million to hire about 20,000 employees and serve breakfast in all its stores.