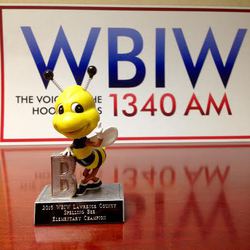 Each elementary school in Lawrence County will send their school champion to compete on Monday, February 10th. This first day of the spelling bee will determine the Elementary School Champion for Lawrence County.

Then on Tuesday, February 11th all of the Middle Schools in the county will send their school champion to compete. Also competing will be the elementary school champion.