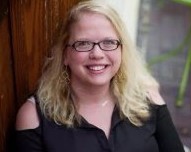 Williams was the youth pastor at Reddington Christian Church.

Brown, pastor at Reddington Christian Church, says Williams started attending the church in 2008. Three months later, she took the lead on the church’s youth ministry, a role she’d stay in for more than a decade.

During her time as youth minister, the group grew from about a dozen to nearly 100.

“In my 34 years in the ministry, she is the best youth minister I’ve worked with,” said Pastor Brown.

Williams came down with the flu last week. Brown and his wife eventually convinced her to go to the emergency room Monday. After arriving at the emergency room she went into cardiac arrest. She died at the hospital a short time later.

Visitation for Williams is at 5 p.m. tonight at Reddington Christian Church. Services follow at 7 p.m.