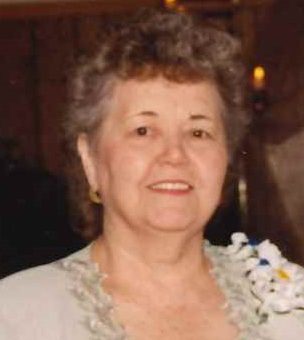 Born July 19, 1930, in Lawrence Co., she was the daughter of Ralph and
Laverne (Norman) Todd. She married Frank Calvin Manzenberger on May
1, 1948 and he preceded her in death on February 14, 2011. She was a
graduate of the Heltonville High School. She retired as the vice-president
of the Citizens National Bank and was the first woman to hold that position in Lawrence County. She was a member of the Hillcrest Christian Church where she was a musician. She was a missionary forwarding agent for several years. She began her musical career with the Heltonville Melody Girls.

She was preceded in death by her parents, her husband, three brothers, Donald, William, and John Todd; a sister, Barbara Bundy; a grandson, Thomas George.

The family asks that friends consider memorial contributions be made to Hillcrest Christian Church Building Fund or the Mundell Cemetery.