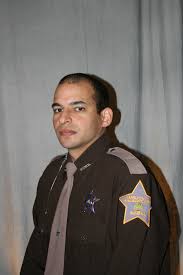 (WESTFIELD) — A Hamilton County deputy has been charged with reckless driving following an October incident, the sheriff’s office said Thursday.

Deputy Patrick Clennon is accused of driving recklessly around 9:30 p.m. on Oct. 18.

According to a release from Capt. Mark Bowen, Clennon was driving in excess of 100 mph without utilizing his emergency lights or sirens while responding to assist a fellow officer who was not responding to his radio.

Clennon also lost control of his patrol vehicle on US 31 near 191st Street, crossed the median into oncoming traffic and caused a crash.

The sheriff’s office also received multiple reports and complaints from witnesses of the deputy’s driving.

Clennon was placed on paid administrative leave after an initial investigation. Criminal charges were subsequently filed against Clennon for reckless driving, which is a Class B misdemeanor.

Clennon remains on paid leave pending the outcome of an internal investigation. An initial hearing has been scheduled for Dec. 5.

Capt. Bowen said Clennon has been a deputy with the Hamilton County Sheriff’s Office since August 2005.