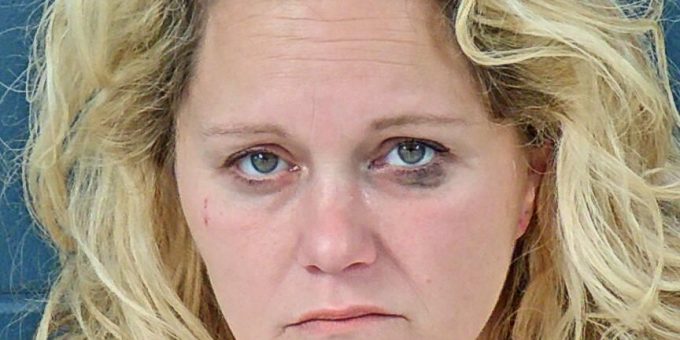 (BEDFORD) – A Bedford woman was arrested Monday afternoon after officers were requested to Walgreens after a woman left with items she had not paid for.

While collecting information, a Bedford Police officer noticed the woman in the passenger seat of a red SUV.

The officer attempted to flag down the driver who was leaving the parking lot.

The driver refused to stop and left the parking lot. The offier located the vehicle a few blocks away and identified the passenger at 34-year-old Megan Terrell.

“Megan was in possession of a controlled substance that was not prescribed to her and it is believed that she threw the stolen items from the vehicle prior to the traffic stop,” says Chief Terry Moore.

Terrell was arrested on charges of theft, possession of a controlled substance, resisting arrest and obstruction of justice.