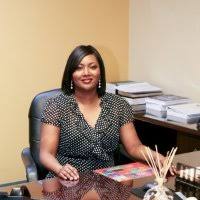 Jones currently serves as a judge for the Merrillville Town Court, a position she has held for the past eight years. She also maintains a private practice. Prior to this, Jones served in the Lake County Prosecutor’s Office, where from 2003 through 2010 she served as Executive Director of the Child Support Division.

Jones, a native of Gary, earned her bachelor’s degree from Indiana University and her law degree from Valparaiso University School of Law. Jones will be sworn in as the judge of the Lake County Superior Court on a date to be determined.