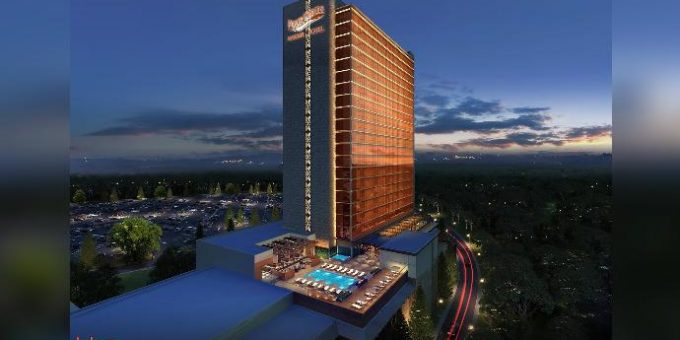 (SOUTH BEND) — A 23-story hotel is set for construction at the tribal casino in South Bend.

The Michigan-based Pokagon Band of Potawatomi Indians says it decided to build the hotel as business has been thriving at its Four Winds South Bend Casino since it opened in January 2018. The hotel’s 317 rooms will make it the largest in the South Bend area.

Officials expect construction starting before the end of this year and take about two years to finish.

The tribe is looking to reach an agreement with Indiana officials that would allow the South Bend casino to add live table games, such as blackjack and roulette, and sports betting.

Casino executive Frank Freedman says the hotel is being built regardless of how those negotiations turn out.