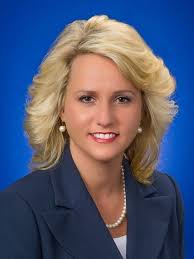 State Rep. Karlee Macer of Indianapolis had traveled around the state in recent months as she considered entering the governor’s race but announced Tuesday she wouldn’t do so.

Macer has been critical of the Holcomb administration over its leadership of the state Department of Veterans Affairs, which awarded grants to some of its employees that were intended for struggling military veterans.

Business executive and former state health commissioner Woody Myers is the only declared Democratic candidate so far, while state Sen. Eddie Melton of Gary is considering a bid.

Holcomb has raised more than $6 million toward his re-election campaign.