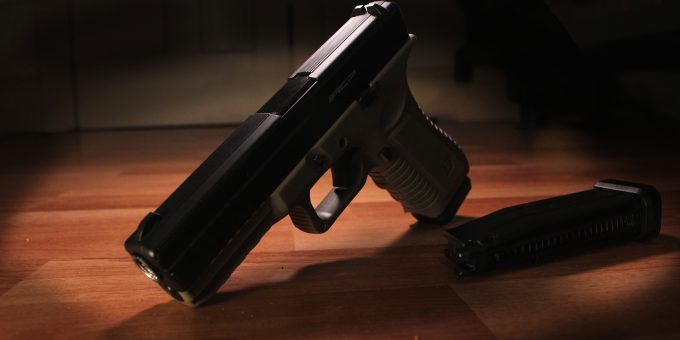 Erik Nesson, an economics professor in the Miller College of Business at Ball State and a member of the multi-university research team analyzing gun waiting regulations, believes the result of mandatory purchase delays is both statistically and substantively significant.  If all states without firearm purchase delays adopted them, it would prevent roughly 600 suicides each year.

“Unlike homicides, the mechanism by which a delay may discourage suicides is more straight forward,” said Nesson, who noted that many suicidal thoughts are impulses that can be easily diverted and discouraged.

Suicides by jumping can be prevented with the installation of physical barriers preventing access and in some cases signs discouraging suicide, he said.

“Additionally, suicide prevention hotlines or contact with mental health providers have been associated with a decrease in suicides,” Nesson said.” It stands to reason that requiring a delay in handgun purchase prior to obtaining the firearm may act to divert and discourage potential suicide victims.”

Because suicides are so often impulsive, the authors found that purchase delays of less than a week are just as effective as longer delays in reducing suicides.

“Looking Down the Barrel of a Loaded Gun: The Effect of Mandatory Handgun Purchase Delays on Homicide and Suicide” was published in The Economic Journal in 2018 by Nesson and his colleagues from the University of Alabama at Birmingham and the University of Alabama. The research team used a sophisticated statistical analysis to connect changes in states’ waiting period laws to changes in homicide and suicide rates over the period of 1990 to 2013.

“Firearms are a contentious and polarizing topic in American culture,” Nesson said. “What we show here is that any delay policy associated with the purchase of a handgun can help to mitigate some of the negative externalities of gun ownership, specifically suicide. Furthermore, our results suggest that there is little, if any, additional benefit of a lengthy wait period. Thus, the costs of purchase delays to responsible individuals could be minimized by not imposing excessively long delays.”