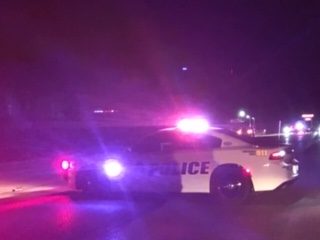 (BEDFORD) – A bicyclist was killed in an accident on Mitchell Road near Abel Avenue, Friday at approximately 9:48 p.m.

According to Bedford Police Department, 29-year-old Ethan A. Hunter, of 1728 G St., was driving a 2017 Kia Forte southbound on Mitchell Road.

The bicyclist, 36-year-old Steven O. Buschard, of 2816 Mitchell Rd. Apt. B, was pushing his bicycle south on Mitchell Road when he was struck by Hunter’s car.

Witnesses reported that the driver hit the bicyclist and that the vehicle struck him while he was in the ditch. However, due to the damage to the car, and no tire tracks being present in the grass, police believe these statements were inconsistent with what actually happened.

Buschard died at the scene.

Hunter submitted to a blood draw for alcohol and drugs, which is standard practice for these type of accidents. Officials do not believe Hunter was impaired at the time of the crash. Test results are pending.