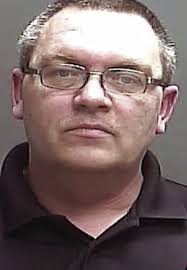 Kevin Carroll, 47, pleaded guilty to criminal recklessness, with a charge of official misconduct being dismissed. He agreed to pay court cost and fines.

Carroll is a former lieutenant with the Bicknell Police Department and was arrested after a joint investigation with the Indiana State Police and the FBI.

The investigation started in March when officials say Carroll shared sensitive information with a Daviess County resident that put a undercover drug operation in jeopardy.

Investigators said by doing that, he also put undercover officers at risk.

He was arrested on charges of with official misconduct and criminal recklessness.